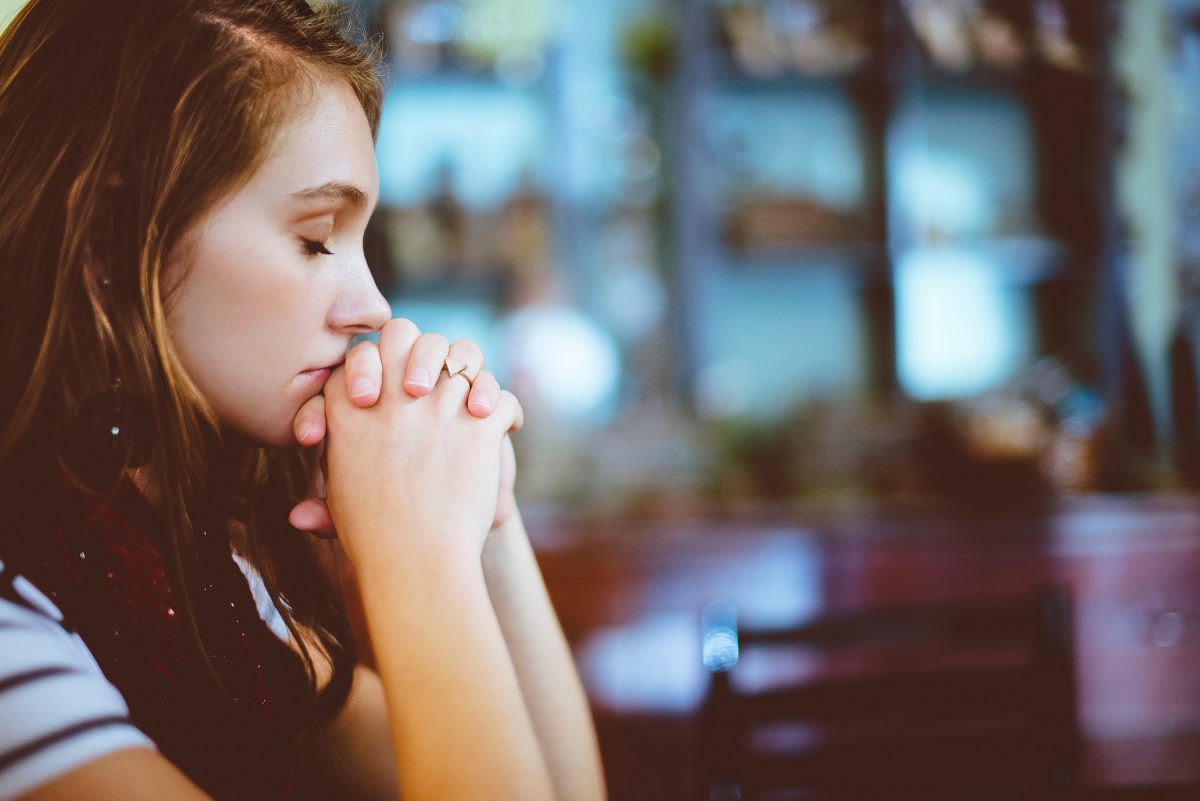 Time and time again we see how essential prayer is to running Alpha. Sammy Greig, who leads Alpha at Emmaus Road Church, and Helen Troughton discuss how prayer has made a difference when running Alpha at their church.

I love running Alpha. Seeing people’s lives transformed by the gospel is such an enormous privilege and every term we’re always amazed at how the guests that arrive so nervously on week one, finish the course so on fire and so upset that Alpha is ending! The power behind Alpha for us is undoubtedly the band of prayer-warriors who faithfully gather each week to intercede as we meet, eat, and chat with guests. During the last Great Awakening in the UK on the Scottish Hebrides, there were bands of women who would intercede, as if they were experiencing birth pains while the great evangelist Duncan Campbell preached nearby. The famous preacher, C.H. Spurgeon attributed the fruit of his extraordinary ministry to his ‘Boiler Room’, people gathered below the church to pray while he preached, literally in the boiler room of the building. I like that image of prayer building heat and being the engine room of our work. For us it would be unthinkable to run Alpha without a prayer team, ideally on site because we are so acutely aware that Alpha is not just a nice programme, its a spiritual battle, for eternal destinies.

I often recall how Moses interceded with Aaron and Hur on the mountain, hands aloft, while Joshua fought the Amalekites in the valley below. Just as there was a direct correlation between his prayers and Joshua’s advances, so we see the links again and again between the prayers of our team and the breakthroughs in people’s lives, especially of course on the Alpha Day. It really is extraordinary how often the prayer team will sense particular things in prayer which will exactly mirror what has been happening or what we are discussing upstairs. I remember an Alpha session that had been particularly hard until a particular moment of breakthrough. Later the prayer team told us that they’d had a picture of a brick wall and had been smashing it down in prayer!

As the course unfolds, we make no secret of the fact that there are people praying for each guest during Alpha, and they are always really touched by that fact, no matter whether they have a faith in God or not. Research has shown that way more people believe in the power of prayer than go to church and we have seen this to be true as some of our guests have even asked to go and use the prayer room as a result, so it has become a real asset to the course itself. One woman who was struggling with a background of domestic abuse, after hearing about the prayer team began to start each Alpha by having them pray with her in the prayer room. This became a moment for her to receive true peace in her life and it was the beginning of her walking into freedom.

One of our most faithful prayer warriors, in fact the person who leads our Alpha prayer team is Helen Troughton. Her story gives many of the keys to the success of this part of our strategy…

My journey into praying for Alpha at Emmaus Rd began with a plea for help in the kitchen in 2014. It was an easy yes as I loved the idea of being involved in evangelism without having to do any talking! I experienced the joy of being able to help in a very practical way something so uniquely and successfully evangelistic, and I was hooked. The next term the kitchen rota was full, so I approached the team to see if they needed help anywhere else. When asked if I’d be willing to pray, I leapt at the chance.

For a whole term I arrived at 7.30pm, prayed with the team before Alpha and then prayed in the prayer room during Alpha. Praying alone for 2 hours, when many of the elements of an Alpha evening had been covered in prayer by the team at the start, quickly necessitated an intercessory prayer style. I couldn’t rely on ideas from my own head or the terribly long monologue that followed would have bored both God and me! And doing that for 10 weeks in a row…well I doubt I’d be here 5 years later.

Instead, I gave my night to God, for Him to have His way. For His ideas, and His prayers to be prayed. Knowing that He’s most likely to answer His own heart desires for the evening. I began to write down what God was saying and shared it with the group the next week. As these words were confirmed by the team, and were an encouragement as well as sometimes a practical help supporting certain guests, my faith grew. I got excited about hearing the voice of God. As God opened my eyes to the Enemy’s schemes to attack both those serving and receiving at Alpha I began to cover them in prayer during the week too.

I was so enthusiastic about these prayer times with God that I shared it with friends and they began to ask questions. Next term I was joined by my friend, a mum who dropped off her child at his group, joined me for the hour she had spare and left again to collect him. The way God would guide the evening, when neither of us knew what to pray, inspiring one of us through the other and back again, was amazing. After 2 terms of this my friend’s son no longer needed dropping off, and the 20 minute drive to Guildford could have felt onerous but she was hooked too!

The third member of our prayer team, also inspired by the stories we told in our small group, asked if she could join. Her husband, also in our small group, was excited by all that God was doing at Alpha joined the Alpha team as a table leader. This next term began an avalanche of people asking to join the prayer team: chance encounters sitting next to someone at church who had been asking God for a prayer group as she wasn’t able to attend a church small group; someone helping set up at Alpha wandered downstairs and found us praying and asked to join in; another looking for a way to serve the church and make friends, having struggled to find their niche, found us. And many more! All passionate either about prayer or about Alpha or both! We’ve never turned anyone away!

We now have a team of 8 intercessors and while the dynamics have changed a little from my old 1:1 prayer times, I wouldn’t change it! We haven’t lost the intercessory style of prayer and God weaves a wonderful story each week revealing His heart for the guests and the team at Alpha. The joy I feel when one brings a scripture and another a song, one who God has spoken to in the week brings a picture and another begins to cry as they feel the weight of God’s heart is indescribable. All for the edification of the church, just like it says in 1 Corinthians 14:26.

As a large group are now able to take prayer requests and share words of knowledge with the team and guests. We can pray with individuals before or after the meeting who have specific prayer needs and cover them in the week. We have a WhatsApp group for our prayer team as we have formed our own community and friendship group and we pray and support each other. And there’s a WhatsApp group with the whole Alpha team so prayer requests and praise reports can flow back and forth.

It is such an honour and a privilege to work in partnership with God in this way. The task is a joyful one as God fully turns up, meets with us and performs miracles every week.