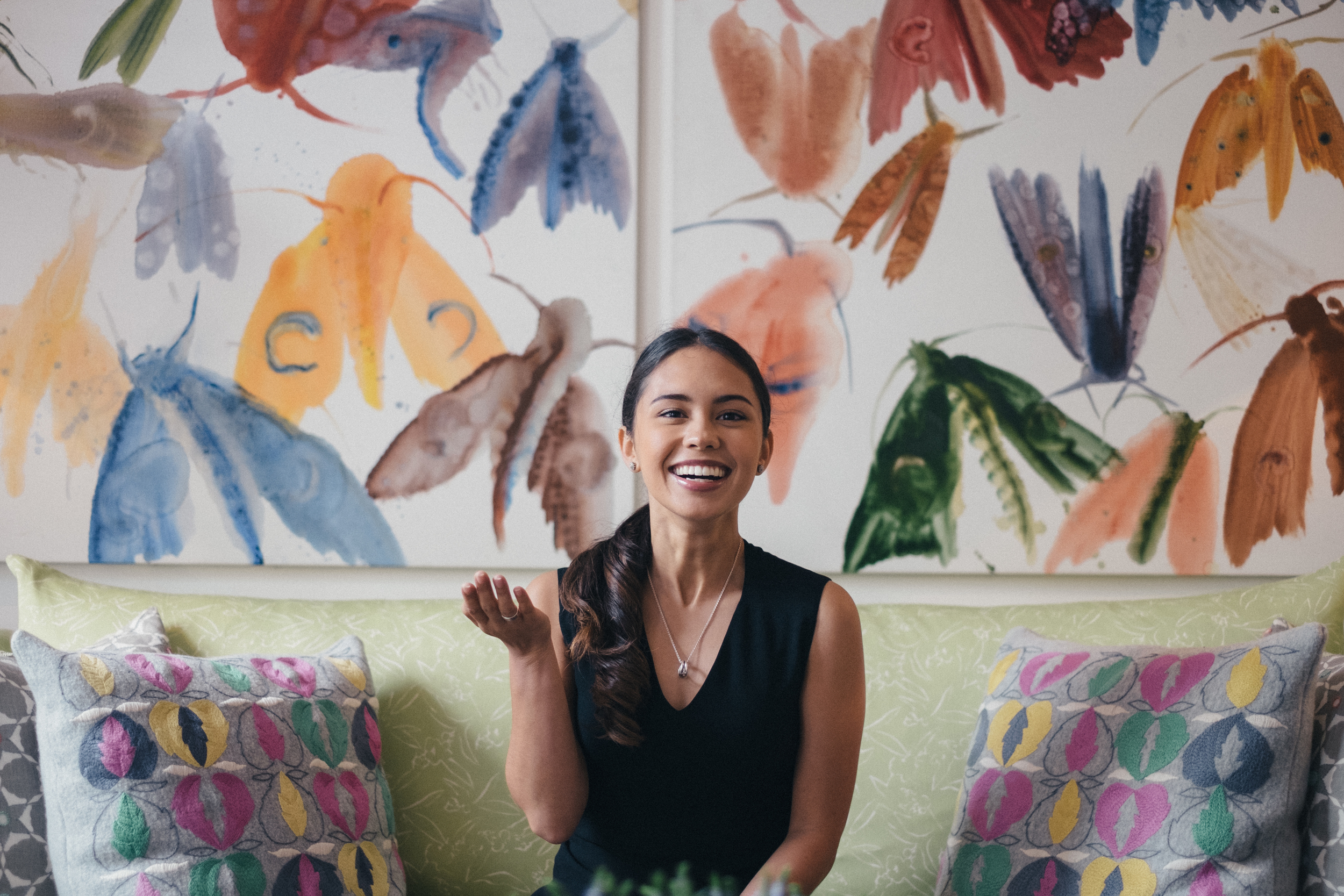 “Going to church was kind of like going to school, that’s how I felt about it.”

It’s just my mum and I – my parents got divorced when I was a baby. When they did, Mum took me to live in Philippines, her motherland. But I got really ill one day and when I did, she made the decision for us to come back to the UK to get the best healthcare. That’s how we ended up living in Stratford in East London.

It wasn’t the most affluent area, especially at the time – but Stratford is rich in culture and diversity and I absolutely loved going to school there.

Being a teenager alongside a single parent from a completely different culture was never going to be easy. We had the same goals in mind, but really opposing ideas of how to get there. Let’s just say we bumped heads a lot! Nowadays, we’re more like sisters – we got there in the end!

My mum’s a Christian – when she got to London she naturally looked for community and people who were in the same boat as her. We found a predominantly Filipino church – which was great. I really soaked up the language and culture and made some lifelong friendships out of this vibrant community.

For me though, going to church was kind of like going to school, that’s how I felt about it – it’s something you just do. But when I was twelve or thirteen, I started to think, ‘Why am I even doing this?’ I guess that’s when I started questioning a lot of things.

I was going through a difficult time towards the end of my schooling and on top of that, my father passed away suddenly. This really threw me. I was full of regret and wondered, ‘What’s the point?’ I realised I had no purpose, I felt empty.

You never really know what you have until it’s gone and it was a desperate time in my life.

It made me realise that I really needed my faith, because life’s going to happen: people will get ill, things will go wrong, your house might burn down – and through it all I’d rather lean on God than have no-one.

At that point I kind of gave God an ultimatum, I said, ‘I’m going to give you one proper shot, and if you don’t show up, I’ll put this whole thing behind me and give up on faith.’ I wasn’t sure if I really meant it, but I was frustrated. I wanted God to show up in a big and evident way.

I couldn’t give up on faith without trying, without putting 100% effort in – to keep my end of the bargain.

I started looking for a church to put down roots, something to make my own away from the church I grew up in. A friend of mine invited me to a Christian event in central London hosted at a church, and I decided to go.

Somehow I felt a lot of peace, even just in the building, and I thought to myself, ‘How come I never felt like this when I was in a lecture?’ Whenever I’d come to learn in the past it was necessary but not always interesting. In this place, I was on the edge of my seat listening to a talk about God!

That night, I got talking with someone on the team running the event and they told me about Alpha, and invited me to come to the church on a Sunday morning, so we swapped numbers and I met her there. I had loads of apprehensions about making it a regular thing: it was far from where I lived, everyone there was from a different background, but for some reason I felt like it was the right place to be at that time in my life.

The first thing I did was try Alpha. I had no idea what to expect. Again, I had loads of reservations; I’d been to church camps and events as a kid and I never fully engaged in the experience. But with Alpha, I loved that the structure was simple and bite-size enough not to overwhelm me. There are loads of different kinds of learners – and I felt like there was something relatable for everyone.

In week one and two I sat back and took it all in – but then I started to express what I thought, and respond to other people’s ideas.

Our group was pretty diverse; there was an atheist, a Muslim guy, a pretty high-up professional, a few students. It was such an amazing mix, and for us to discuss big subjects around religion and faith – where else would that happen?

I even came back and did it a second time – this time, facilitating a group. Having done it before for myself, I identified with others coming for the first time. I had a greater appreciation for how they felt: being out of their comfort zone and sharing ideas. As a group we had some great conversations and I saw how some people’s views of church, life and faith were being challenged – just like they were for me.

I effectively grew up at church, so when I first heard about Alpha I thought, ‘Well, I already know what faith is – this probably isn’t for me,’ but it’s not good to be closed-minded. Alpha is such a great tool. I got something unexpected from it, it challenged me and it changed my outlook.