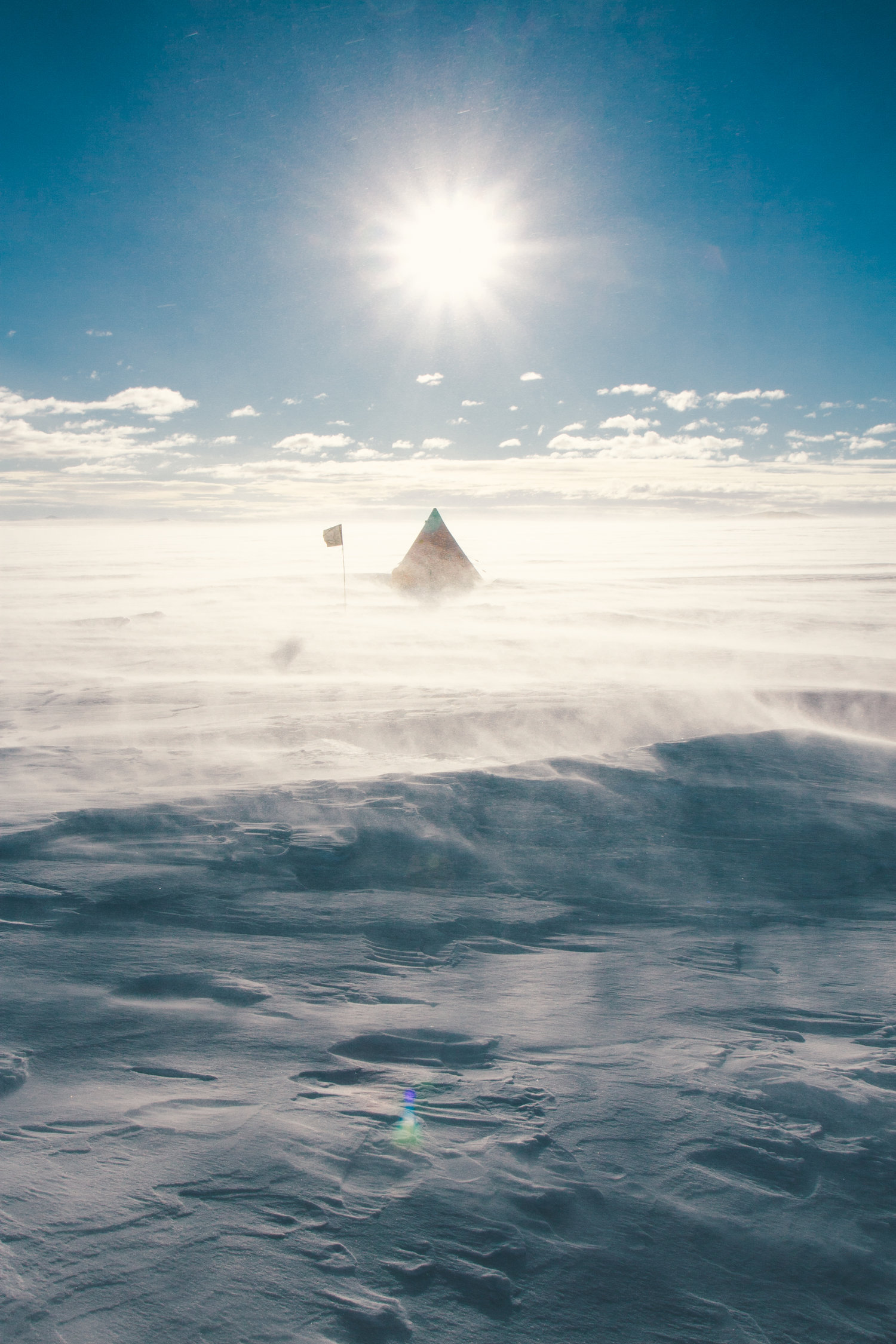 “I was running Alpha for a small group of people in one of the most desolate places on Earth.”

Anaesthetist Alistair writes about his experience of trying Alpha, then running it for his colleagues at a research base in one of the most hostile environments on the planet:

Being fortunate enough to grow up in Scotland, I was surrounded by an abundance of landscapes in which I could explore and climb. It started with more leisurely hill walks as a boy with my dad and then as I grew older, the hills grew larger, alongside the increasing interest in scaling something more demanding.

At university a friend of mine set up a charity called Altitude which I became a part of. This charity played an intrinsic role in developing my passion for the outdoors and exposing me to bigger expeditions, one of which was being invited to go to La Paz Department in Bolivia, in 2001, for two weeks to work at a research lab nestled in the mountainside of Chacaltaya. Chacaltaya is an unusual mountain for two reasons – with an altitude of 5,421 meters, it’s higher than any summit found in Europe, but what is even more rare is, in spite of its height, it is accessible by road, which is virtually unheard of.

Around three years later, at the age of twenty-five, having just graduated as a doctor, I went on to complete a crossing of the Greenland Ice Sheet, the second largest body of ice in the world. It was there that I faced some of my greatest challenges an explorer.

Just myself and one other were entirely alone on this vast, barren expanse of white. In that kind of environment, you know that if something goes wrong, the expedition is over. There were some difficult moments; the binding on one of my skis broke and we had to find a way to bind it together ourselves, needing to ski on it for nineteen more days. Our primary GPS also fell down a crevasse, leaving us with just one which didn’t have our routes mapped out – but we made it in the end.

After Greenland, my childhood dream came true when I was deployed to Antarctica for sixteen months as part of the British Antarctic Survey medical team. It surpassed all the expectations I had had as a young boy. It was quite simply a utopian existence, incomparable to anything I have experienced.

There has been research looking at the physiological and psychological responses to life in Antarctica as a means of understanding how people would respond to a mission to Mars. The isolation from the rest of the world and the hostile environment in Antarctica is comparable with travelling on a small shuttle out to the depths of space.

In Antarctica you feel shielded from all the corrupt or irritating parts of normal life – no crime, bills, mobile phones always ringing. You’re in a bubble. We were a really closed community of people living in this incredible environment. You felt like you had a large playground all to yourself. We could cross-country ski, you’d just take a radio and head out – being able to ski at night during twenty-four-hour sunlight was an amazing experience.

I think God has blessed me with the opportunities to have done the various exciting things I’ve done. There’s no question in my mind that God shaped the creation of the world we’re in and I feel incredibly blessed to be able to experience the world God has created for us. I don’t know where the idea came from to run Alpha at the research base in Antarctica, perhaps it was out of gratitude for God bringing me to this awesome place.

My faith had grown since I’d first tried Alpha a couple of years before. At that time a good friend of mine was part of a church in Edinburgh and he asked if I would try Alpha, I don’t think I’d heard of it before. It was a small course but just revolutionary to me. To sit down and hear Nicky Gumbel speak about the basics of the Christian faith, which I don’t think I had ever heard it explained as clearly, in spite of growing up in Sunday school. Having the fundamentals spelt out: this is who Jesus is, this is what Bible’s about, was just incredible. Then, on the weekend away, I made a commitment to my faith for the first time.

Fast-forward two years and there I was running Alpha for a small group of people in one of the most desolate places on Earth.

For the first talk, about half of the base came. People probably thought, What’s the crazy doctor doing now? Three people started coming regularly: a French chef, a meteorologist and a biologist. The two scientists were interested in finding out more from an atheist point of view – they wanted to know why I believed. It was good for the discussion. The chef was interested in spirituality, he wanted to learn more. I was able to start conversations and get them asking questions.

During my time in Antarctica I managed to make everyone aware of my faith through Alpha, and there were conversations I had with people who didn’t even come that were really encouraging.

Wherever the idea came from to run Alpha at the research base, I’m pleased I decided to do it. I was aware I was going to be in close contact with a small number of people for a long time. If ever there was an opportunity to share my faith with people, this was it. I thought, It worked for me, it might work for other people too. I shared meals with them, worked alongside them and spent my leisure time with them; it was definitely a unique environment.

An update from Ukraine

An update from Miles in Asia Pacific