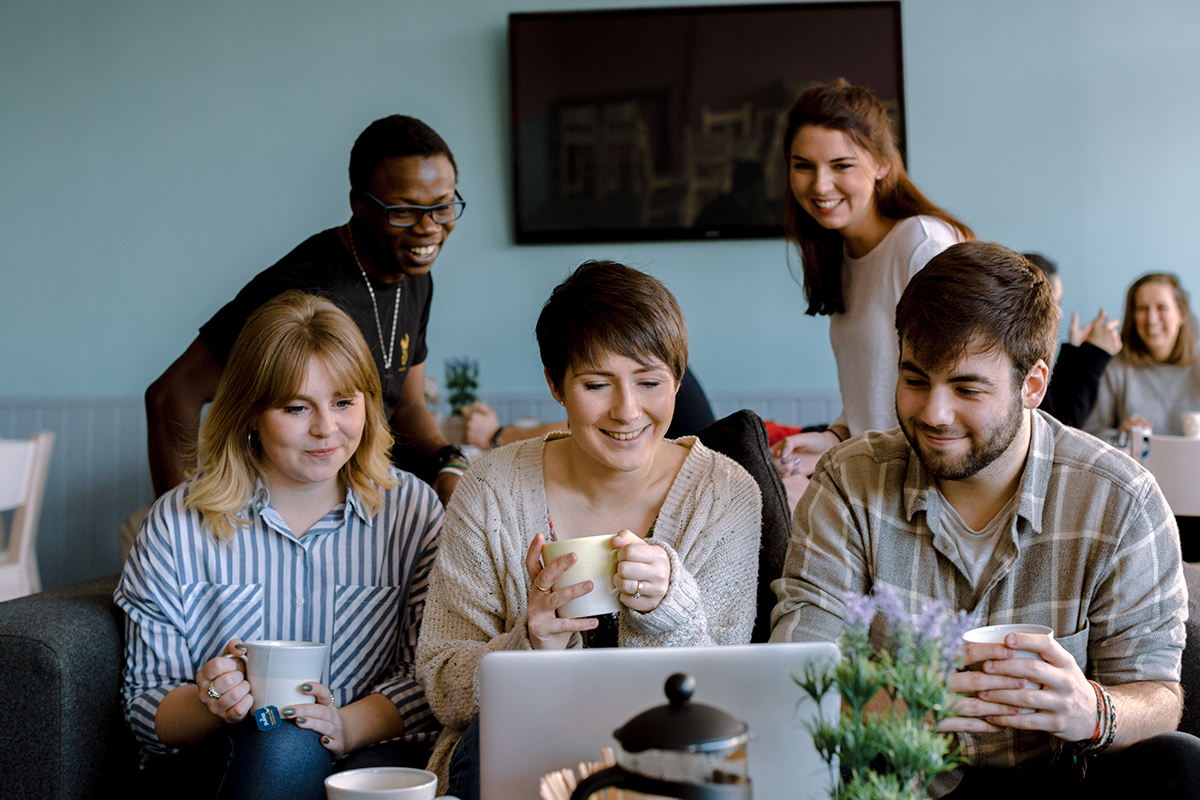 “[Using the Alpha Film Series] was a big step for us as a church, because it meant that we could run Alpha anywhere and anytime.”

From running five Alphas a week in Stockport to combining courses in South London, church leader Jon Lindsay-Scott shares how a pragmatic approach to Alpha empowered him to have a fruitful church outreach.

Effective church outreach can take many forms – just ask Jon Lindsay-Scott, who’s been experimenting with what Alpha can look like over the last few years. In November 2017 Jon became minister of Springfield Church in Wallington, South London, after working at St Chads Church in Romiley in Stockport. At both churches Jon’s used Alpha as a way to evangelise to his local community.

We sat down with Jon and asked him to share his story and the lessons he’s learned along the way.

1. Get the whole church involved

When Jon was tasked with running outreach at St Chads, he knew that he wanted to use Alpha but quickly uncovered a challenge that was preventing engagement. ‘The general populous of the church were excited about Alpha, but not inviting people to it,’ he says. The root cause of this disconnect was simple. ‘If you’re inviting somebody to something you’ve never done, it’s harder to be enthusiastic about it – and harder to sell it.’

Their solution was to run Whole Church Alpha. ‘We promoted it as something for the whole congregation,’ Jon explains, ‘especially for those who had never tried Alpha before.’ They advertised their course with the strap line ‘for you and your friends’ – encouraging members to both try Alpha for the first time and also invite their peers.

The scale of engagement was unprecedented – with five Alpha gatherings running each week and 250 people attending their Alpha Weekend. ‘For a parish church on the outskirts of Manchester, the response really was significant.’

They also ran Alpha Youth with their young people and kids groups, ensuring that it truly was a whole church affair, from top to bottom. All in all they estimated that two thirds of those who attended were church members and one third invited from outside the church.

For each of their gatherings they used the Alpha Film Series. ‘That was a big step for us as a church,’ says Jon, ‘because it meant that we we could run Alpha anywhere and anytime.’ They took advantage of this newfound flexibility with their five gatherings timed to suit different demographics and schedules, from a Wednesday lunchtime course for parents, following their baby and toddler groups in the morning, to a Tuesday evening course for young professionals.

‘It was definitely a step of faith,’ Jon admits. ‘It quickly became apparent that we either go all in on this or don’t bother.’ He attributes much of the success of Whole Church Alpha to the level of commitment that the leadership showed. ‘My learning’s been that if you run Alpha as an add on, you miss out on so much fruit – but people can really get on board with something when they realise the church is taking it seriously.’

In November, Jon took on his new role at Springfield in Wallington. Running Alpha at a new church presented Jon with a new set of challenges, but he took on board the lessons learned from his experience of Alpha in Stockport – and again got creative with how to get the most out of the course.

A key difference between the two churches is that Springfield don’t own their church facility, Sunday services are run in a local school. In the past, the church had run Alpha once a year using another church’s building just down the road as their venue – but this time around they decided to take the collaboration one step further.

‘They had a new vicar as well and he and I got talking,’ Jon explains. ‘We were both really keen to run Alpha, so we decided to run it together.’

Working together the two churches were able to combine resources and volunteers. They ran joint training sessions with members of both churches, clubbed together for the Alpha weekend and continued to host the course at their partner’s building. While some resources were simply combined, they also managed to ease some of the logistical pressures of running a course – ‘each church took it in turns, every other week, to provide food for the session.’

Combining with another church bolstered Jon’s ability to run Alpha for his congregation, and for both churches it enabled a bigger course. There were small challenges that arose from combining courses admits Jon, such as slight differences in theology and some difficulties in knowing which guests would be invited to whose church after the course. But altogether it was an experience that gave both churches a greater capacity to share the gospel in their shared local community.

3. Run Alpha anywhere, for anyone

Despite the broad enthusiasm for their first ever combined Alpha, there was still a need within Jon’s church, and a familiar request was made by not one, but three members of his team.

When his youth pastor approached him and asked him if he could start running Alpha for Youth, he said: ‘Absolutely, go for it.’ Then his young adults home group leader got in touch; the timings of the combined Alpha wouldn’t work for them, so the young adults home group decided to run it together. Then his seniors minister, who had attended and been inspired by the recent joint training, suggested that she run it for older people in a local care home.

Before he knew it, at the start of 2018 the church were running four simultaneous Alphas. ‘I’m building up a reputation for this,’ jokes Jon, ‘but it’s all out of recognition that with the option of using videos you can effectively run Alpha in any living room!’ The combined church Alpha and the young adults group used the Alpha Film Series, the youth group played the Alpha Youth Series and at the care home they found that the Alpha at HTB videos were most effective for their audience.

All four courses just came to a close, and Jon describes them all as big successes for the church, but for all of them the Alpha sessions were just the beginning.

4. Make a plan for after Alpha

‘One thing we knew that we wanted to get right was to address the question of what to do after Alpha,’ explains Jon. His solution has been to keep the groups meeting together and to transition out of Alpha sessions to discussing notes around their church sermon subjects. By doing this Jon hopes to make the transition between Alpha and church as easy for guests as possible.

So far this tactic seems to be working with 90% continuing to meet together after the course finished. ‘Frankly, the groups that are meeting now are meeting because they like talking with each other – they’re meeting because they want to meet.’ Keeping the framework of the groups and the timings has managed to provide a space for guests who’ve finished Alpha but aren’t yet ready or able to join the church as guests at Sunday services.

Altogether, Jon’s experience of running Alpha can be summed up as pragmatic – sometimes it’s worked to run Alpha as a big collective event, other times the familiarity and flexibility of airing the Alpha Film Series in someone’s living room has proved best. One thing is consistent though, which is his belief that commitment is essential for fruitful church outreach – ‘you’ve got to go all in or don’t bother.’

Do you need some ideas on how to make Alpha more engaging? If so this article may help: 9 tried and tested ways to make Alpha fun